North Carolina school districts are struggling to find enough bus drivers weeks into the start of the new school year, leading to delays getting students to and from school.

Parents in school districts across the state are complaining about how it’s taking longer than normal for their children to get picked up in the morning and to get home in the afternoon. On Friday, the North Carolina Association of Educators and some Wake County school bus drivers pinned at least part of the blame on state lawmakers not approving a new budget yet that includes higher salaries for bus drivers.

“Instead of passing a budget, state lawmakers sit on a $6.5 billion surplus,” Juneakcia Green, a Wake County school bus driver, said Friday at the news conference. “We have a huge surplus while … we cannot consistently get students to school on time because we do not have enough school bus drivers.”

Some drivers make less than $15 an hour

The state pays school bus drivers $12.75 an hour, with school districts supplementing the salaries when they can. Some districts have only recently raised starting salaries for drivers to $15 or more an hour. It’s still below $15 an hour in many districts.

“We have some bus drivers living on food stamps,” Zac Campbell, a Wake County school bus driver, said Friday. “Who wants to sign up for that?”

There is a national school bus driver shortage at a time when other groups, such as municipal transit agencies and trucking firms, are also looking for drivers.

“Though the far-left NCAE wishes it were so, the bus driver shortage is not unique to North Carolina, so it’s clear this activist group is yet again trying to stir the pot to muster opposition to Republicans,” Lauren Horsch, a spokeswoman for Senate leader Phil Berger, said in a statement Friday. The Senate budget proposal included a $13-per-hour minimum wage for bus drivers and other non-certified support staff.

“Schools across North Carolina have millions of dollars in federal COVID-19 recovery money at their fingertips that can be used for bonuses. This is just another publicity stunt from the NCAE to try and convince the public it’s relevant despite its membership plummeting.”

Durham, Chapel Hill ramp up efforts to get drivers

On Thursday, the Durham school board backed a plan to offer the highest pay for school bus drivers in the Triangle. The district will offer a $17 an hour starting salary that rises to $24 an hour for drivers with 30 years of experience.

“Our employees are the heart and soul of Durham Public Schools,” Superintendent Pascal Mubenga said in a statement. “We are experiencing a critical shortage of bus drivers, who require commercial driver licenses and are responsible for protecting our children. These raises demonstrate our respect for the hard work our bus drivers do every day, and will help DPS compete with other school districts.”

The Durham vote comes as Chapel Hill-Carrboro announces it will offer a $4,000 recruitment bonus for new bus drivers. It’s part of a new marketing campaign approved Sept. 2 that will also include:

▪ Increase the employee referral bonus for new drivers to $2,000.

▪ Increase the bus driver perfect attendance bonus this school year to $1,000 per semester.

▪ Give drivers an opportunity to work 40 hours a week to guarantee full-time employment.

Bus drivers asked to do more

Wake County is offering a $1,200 bonus for new bus drivers. Even with the bonus, the district has a 17% vacancy rate that has left it short more than 130 drivers.

The lack of drivers has resulted in the majority of Wake’s bus routes becoming “double runs,” in which drivers have to build in extra time to pick up and drop off two different groups of students at each school.

Green and Campbell said they’ve gone from serving two schools a day to five or more schools. Both talked about how drivers have to skip bathroom breaks to try to get their routes done.

Even with all their efforts, Green said her riders are often 20 minutes late to school. Campbell said his riders routinely get home 30 minutes late.

Compounding the problem, Wake County school officials say, is that the app parents use to check on the status of their children’s bus isn’t designed to handle the double runs.

Wake says it will continue to adjust the routes to try to improve times.

“Bus wait times continue to improve and have room for improvement,” Wake Superintendent Cathy Moore said at this week’s school board meeting. “We also appreciate all of our parents who have shown patience and understanding of the situation, as well as gratitude toward our drivers.”

It’s uncertain when a state budget will be adopted.

Republicans in the House and Senate each passed their own versions of the budget. They’re trying to reconcile them.

Once adopted, lawmakers have to see whether they can overcome a potential veto from Democratic Gov. Roy Cooper.

Speakers said that if a state budget had been adopted earlier with higher salaries, school districts would have had an easier time recruiting bus drives this school year.

At the very least, speakers said Friday that the state should set a $15 an hour minimum salary for school support staff, which includes bus drivers, cafeteria workers and teacher assistants.

“Our state Supreme Court has said it is the state’s responsibility to provide a sound, basic education,” Campbell said. “A sound basic education starts with getting our students to school on time. You can’t do that if you don’t have bus drivers.” 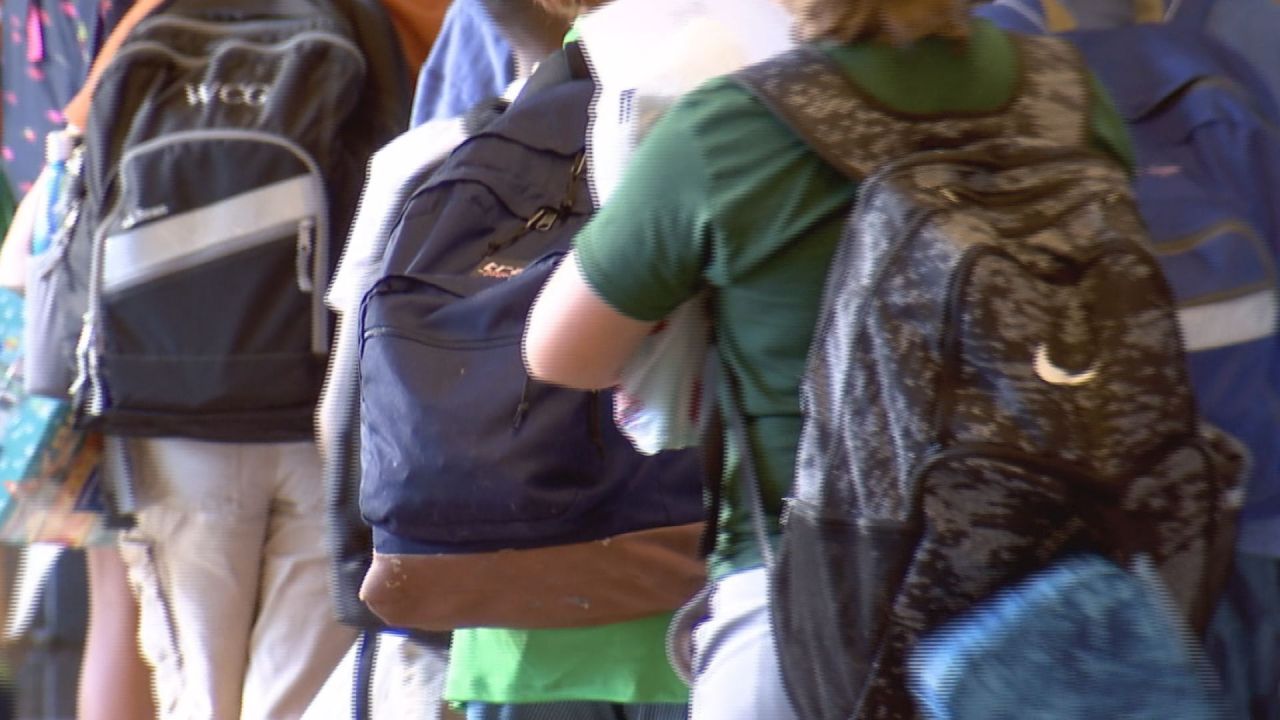